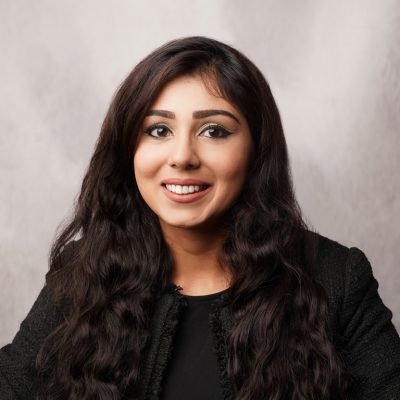 Sophia studied Physics at Imperial College London before undertaking the BPTC at BPP Holborn. She was called to the Bar in October 2017. Prior to joining chambers, Sophia worked as a family paralegal at Withers LLP and Hanne & Co, assisting on numerous complex high value financial remedy cases, often with an international element, and gained invaluable experience in international child abduction cases, prenuptial agreements and private law children matters.

Sophia practices in all areas of family law, including both private and public law children, financial remedy proceedings and Family Law Act matters. She is regularly instructed in cases involving serious allegations of domestic abuse, coercive control and parental alienation, which often include religious and cultural elements.

Sophia understands the stressful nature of litigation and is known to put her clients at ease. She works tirelessly to ensure the best possible outcome for her clients. Sophia is empathetic, yet provides an assertive approach and realistic advice, which her clients appreciate.

She is also accredited to accept instructions on a public access basis.

Since pupillage Sophia has continued to develop her practice in civil and is instructed in a wide range of matters, including small claims, fast track cases, injunctions and applications involving Contractual Disputes, Road Traffic Accidents, Personal Injury, Credit Hire and Landlord and Tenant/Housing.

Sophia is a member of the FLBA, Resolution and the Society of Asian Lawyers. She is currently a mentor to law students and aspiring barristers. Sophia is an avid cricketer, holds an ECB Level 1 coaching award and has spent several years coaching youths.